Are You Suffering With Candida Overgrowth? 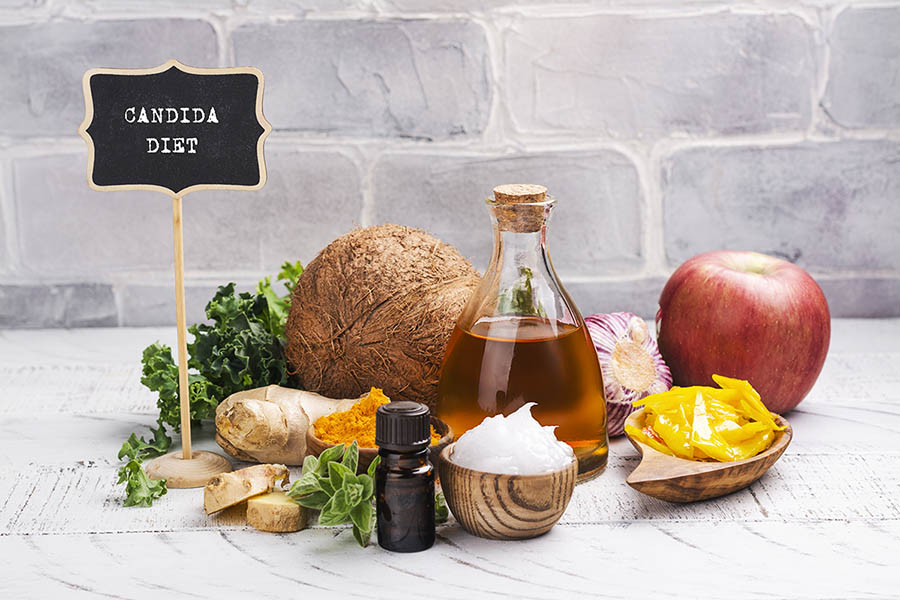 What Is Candida and How to Combat an Overgrowth

Yeast can play a productive role in our bodies but when an overgrowth happens it causes a cascade of health issues. Candida overgrowths are often at the root of many health problems like chronic sinus infections, vaginal yeast infections, frequent colds, fatigue, leaky gut syndrome, athletes’ foot, and more.

The tricky part is that these symptoms of yeast overgrowth (sinus infection, colds, flu) get treated on their own with antibiotics and prescription medication, which in turn feed the candida overgrowth allowing the yeast to move about unchallenged, destroying the healthy gut bacteria needed to combat the yeast.

But let us back up for a moment and first understand exactly what Candida is.

Candida is a single-celled yeast that lives naturally in the mucus membranes throughout our bodies (think stomach, large intestine, bladder, women’s reproductive systems).

In a healthy body, Candida lives in harmony with the rest of our internal systems but when Candida produces at a higher level than it should it becomes harmful, acting like a parasite, and robbing our bodies of important resources.

When Candida runs amok, unchallenged by our healthy gut bacteria, it releases over 80 toxins that disrupt many cellular activities like DNA replication and organ function. Those with already weakened immune systems feel the symptoms and effects of an overgrowth more severely than others.

What Causes a Candida Overgrowth?

No one thing will accuse an overgrowth. There are many factors that contribute to a candida overgrowth but here are a few of the most common:

There are many ways in which a Candida overgrowth can happen, but in general, when you are overloading your system with foods that feed yeast and your gut isn’t getting the nutrients and enzymes it needs to grow healthy gut bacteria to combat the yeast, overgrowths are ripe to happen.

There are a handful of diagnostic tests that can be done but you can often start by asking yourself the following questions:

If you answered ‘yes’ to most of these questions, there is a high chance you have a Candida overgrowth.

The best course of action is to seek out a certified natural health practitioner. Self-diagnosing can cause more harm than good. There are a lot of resources online about supplements and diet changes, but everyone’s body is different, and you need a customized plan to help you combat your overgrowth in a safe, healthy way.

How to Reduce and Eliminate Your Candida Overgrowth

To reduce Candida overgrowth your certified health practitioner will most often suggest a combination of diet changes and or supplements to starve or digest the yeast and give your healthy gut bacteria a boost, enabling the immune system to eradicate the yeast.

Making dietary changes is especially important to fight Candida. You need to remove from your gut the foods that sustain and grow yeast. Each diet change should be monitored by your health practitioner, but in general, there are some guidelines you can use to help you make smarter dietary food choices.

Here are some common foods to avoid on a Candida detox:

Get the Candida Food Guide

Where Do You Begin?

There are a variety of natural remedies that can help control the yeast that resides in your body.  One of the most effective Candida regimens is the Series Symptom Relief Program. This program helps to restore and regrow your healthy gut bacteria and fight the harmful toxins Candida releases. 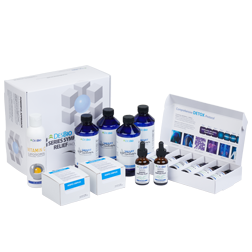 The Series Symptom Relief Program is a homeopathic program designed to support the immune system by helping you temporarily relieve symptoms associated with chronic infections.  Unlike other chronic infection programs that simply work by strengthening the immune system, this program works by providing specific homeopathics that are tailored to individually address symptoms of some of the most common infectious agents. The result is a multi-faceted protocol that is completely customized to meet the needs of your body.

Most candida sufferers with chronic infections have a high toxic load and blocked detoxification channels. In addition, because viruses, bacteria, and other pathogens can cause effects throughout the body, full-body detoxification support is an essential piece of the success of the Series Protocol. If you are not receiving adequate detoxification support, you may experience more discomfort during the protocol and may also not achieve optimal results.

If you think you have a Candida overgrowth schedule a free consultation call with Brenda Baker at Authentic Health, LLC.

We look forward to hearing about your journey in removing Candida for your body and life.

Cleansing, The Internal Housekeeping for the Body
August 5, 2016